... Is nice from time to time !! Well this piece is only , over rendered , to me , because I've been sketching for over a week and not really finishing anything !! Also cuz I would have painted the background if I were at home with all my paints and stuff ... But that would have probably made it look totally different ! Just wanted to try some colour outlines and ended up with this a day later ! I like it ! I think I do !! It's hard to say cuz I just finished it and it might take a while before I can give an honest opinion of it but ... I think I'll end up liking it ! 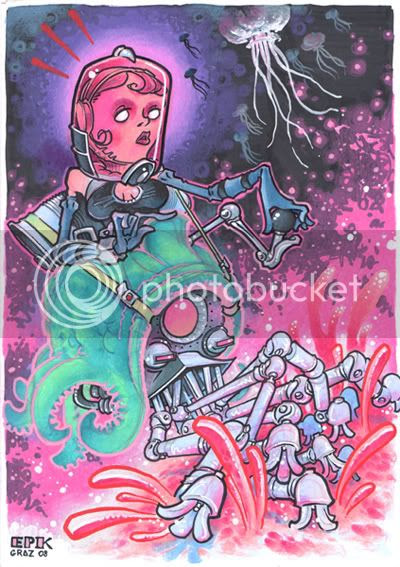 I also don't really know what she's looking for , at the bottom of the ocean , but it sure requires a cool contraption !!