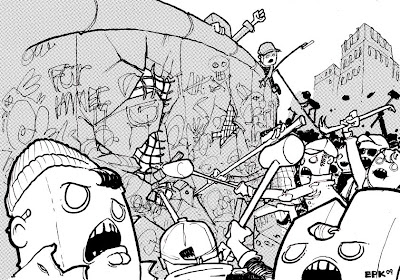 After months of mass pressure from all over the Eastern block , from Warsaw to Budapest and Prague , the Soviet union inevitably collapsed and it's greatest symbol crashed with it on the night of the 9th till the 10th of November 1989 ! The 28 year long reign of division through Germany was over and the people of Berlin , Germany , Europe reunited ! It's not all good and magical and many lessons have not been learned by the winning side ! Many questions are still being asked today about how the adaptation and how the entire process up to this day has actually benefitted the country , the continent ! Of course , anyone can argue that individuals basic freedoms have no price but what about the social cost ! Is capitalism really the best opposite ? In the light of recent economical events , has it all served us much much better ? Are all aspects of Socialism so very evil ? I guess , like with all other relationships , time will make us accept our past and let us forgive and forget enough to be able to one day build our future and be able to pick and choose what's good and what's bad regardless of where the idea originally came from ! But whatever your opinion , I like to think that anyone can be happy about one less wall in this world ! 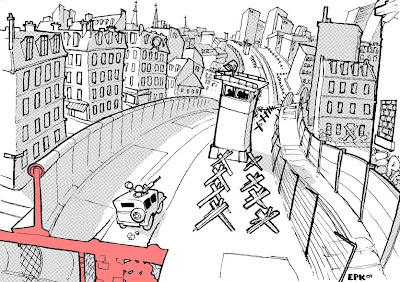 Here are a few references , for your history refreshing session of the day ...


Today ... Walk through Anthony Suau's pictures of the day !!

Here's an awesome series of before after shots from the good people at the NYT !

And here's another good series of shots , also from the NYT's special !

Here's the wiki version of it all and here's the where and how !

A very happy 20th anniversary of no wall day to all my German friends out there !!

Holy crap, your work's AMAAAZING!
thanks for the comment on my blog; I reckon I'll be buying some prints from you before xmas!
That's some of the nicest tattoo work I've ever seen.

Hi Nick!
What kind of pencils or ink do you use for that really black outlines in your pics? It looks great and I would be really happy to know! Thanks! / David