All is good! All is fine!

Finally made it early this morning after a very long day of flight catching, airport chilling ,customs and immigration officials paw greasing! I'm still loving this just as much as the South so far but this is very different!! Dar es Salaam, for a first time whitey, looks pretty much exactly like that place you see behind the people explaining the big problem, on the news! That place that looks exactly like most parents nightmares when their kid says -I'm going to Africa! I don't want to give it a bad name, it feels great to be hear and very chill but the contrast with the wealthier south west coast of the continent couldn't be bigger!! 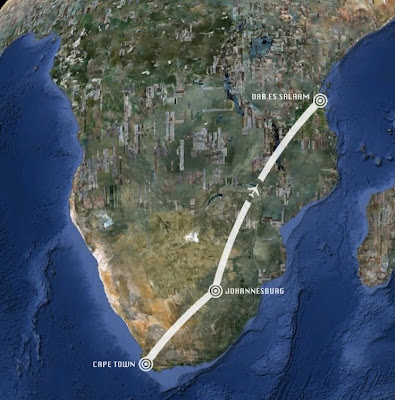 More news and digital shots asap!!
Until then, I'll try and avoid the law as much as possible to save some money for other things than "tourist sidewalk usage taxes" or "foreigner street crossing fees"!