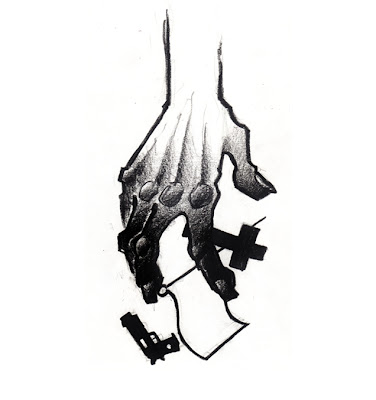 Dispatch from the foreign office…

Forgive me but I have no choice! This whole story has been boiling up in my head since I first read about it, yesterday morning! Trying to explain it has brought me to this only conclusion…


I sincerely hope that the extremity of the tragedy of yesterday's horror, if anything, manages to, at the very least calm the growing popularity for xenophobia and racism in the tolerant-troubled part of the world which is the Scandinavia of today and teaches a lesson to all the European politicians on all levels of the right side of the spectrum who promote these ideas of intolerance and hate for their own political benefit! I can't help but to personally see a very very direct link between this massacre and the growing social political anti-tolerance climate it happened in! Racist, nationalistic populist rhetoric is a dirty box of parasites indeed, once opened it is very hard to contain! All who dare promote these ideas, however subtly or bluntly, are responsible for what happened yesterday! It's easy to point and say "this was the work of a lone crazy" but look closer at the social climate promoted around you! His actions are in no way to be forgiven or even relativized but the one's of the society around him aren't either!

I can't help to notice that more than half of the interviews from reactions are of people who are shocked that this could have been done by "one of their own"! Why is his nationality, once again so important?

Europe is steadily falling in a dark place… Again! Northern Europe at it's helm! As with all economically unhealthy times, people's ideas slowly regress to a more medieval mind set, returning to religion for answers and blaming anyone from outside their borders for all their troubles! You can bet there will always be a lot of attention seeking politicians and headline desperate tabloids out there who will be ready to take advantage of that mental complacency and let the masses hear what they want to hear and therefore very directly promote these ideas! The atrocities of yesterday where done by an extremist who was unable to stay civilized and not contain these radical ideas promoted everywhere around him! The contemporary Scandinavian political and idealogical environment, to different levels but evenly distributed throughout, from Denmark to Finland through Sweden and Norway is dangerously leaning more and more extremely to the right to such an extent that it has become acceptable to publicly be racist in everyday society, one that inevitably not so subtly promotes these ideas and actions of intolerance! Where there is obviously a definite physical difference between telling someone to go back to where they come from at a corner shop because they're not quick enough with the local language and actually killing scores of immigrant sympathizers, not so much mentally and socially!


All these argument of mine are simply proven by the fact that everybody in Europe knows very well that the situation and thoughts in everyone's mind would have been very different indeed if the assassin had been foreign, had not been white or even worst, had been muslim!

Europeans have to stop thinking they're better than everyone else because they are white!

For a people that is so proud of it's history, we seem to mindlessly forget about it's more important lessons quite easily!

It's always tragically sad however, that for mankind to learn any lesson, many innocent people must always die!

Please don't hesitate to leave a comment if you have anything to add, which ever way you lean with this situation and towards my opinion of the said situation! I believe it is very important for any intelligent dialog to happen and proper understanding of any situation that all opinions must be expressed! We all see things differently and that's a good thing and understanding other peoples opinions is what helps us understand any situation better! I'm afraid, witnessing current political events of the last few years in Europe is making me more and more of an anti anti-tolerance extremist myself!

as you say, political climate is promoted...and here is the result. The murderer refers to christian knights, religion war and still they make a christian ceremony to cry on what they could have avoid...if only they would have to. They keep people divided, well packed in cases ( country, religion, gender, sexuality, skin colour....) to stay the sheperds. When do we start to think by ourselves, to see each others as human beeings above all ? Untill then, things won't change. Time to evolve !

As an Atheist and Philanthrop I can only concur with your and monsieur Los opinions. Society is indeed developing back into the dark age of medieval times. Religion becomes more and more important, as if there is no evolving into a free state of mind at all. So stay put and be free minded!

I didn't realise things had gone so right-wing in Northen Europe :(
Guess I should read the papers more...